Skip to content
May 16, 2022
Home » We Did A Lavish Burial For Our Mother To Be Prosperous In Our Business – Cubana Chiefpriest
Spread the love 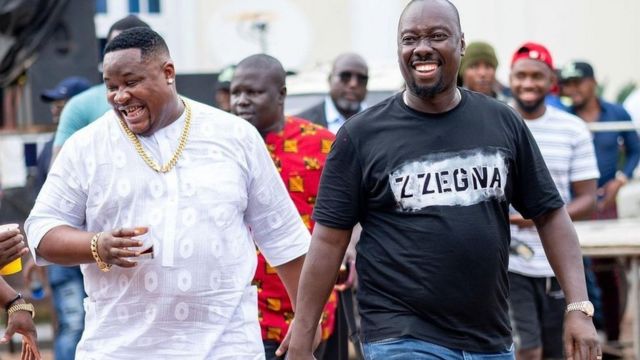 Momentous reports that socialite, Cubana Chiefpriest have replied critics of the lavish burial that was held in honour of his boss’ late mother some weeks ago.

The burial was the talk of the town due to the calibre of people that were there and the way money was spent and rained at the burial ceremony. Some have criticized the money rain, noise, and publicity that followed the burial.

Cubana Chiefpriest in his response explained how it was important to do a lavish burial and the blessings attached to it.

Atorise Sets To Kick Off Global Tour From Dubai With Entire Band.

I was wrongly jailed, Nigerian in US prison, Abegunde, cries out.

OFFICIAL LAUNCH OF THE GENRE MAGAZINE. A NEW NEWS AGENCY TO PROMOTE THE GENDER.