Skip to content
August 10, 2022
Home » Agbebiyi Was Installed As Baale of Orita Asalu
Spread the love 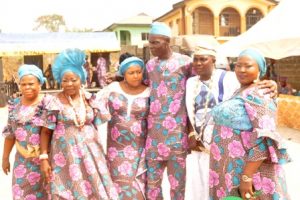 “I Will Facilitate Development To My Community”

Residents of the area trooped out enmasse for the coronation ceremony on Saturday February 26, 2022 to celebrate the newly installed baale.

Speaking during the ceremony, which took place in Alagbado, close to the Baale’s palace, one of the dignitaries at the event, the Onilogbo of Ilogbo, Oba Samuel Ojugbele thanked God Almighty as he said that he was the one that presented Agbebiyi to be installed as Baale to the Chieftaincy committee.

Ojugbele stated that the area belongs to his family before the government acquired many of the lands in the area.

“If we allow it to go like that, our great generation would be forgotten forever.

“We chose Agbebiyi as Baale in order to establish our presence here so that our generation would not be forgotten,” he said. 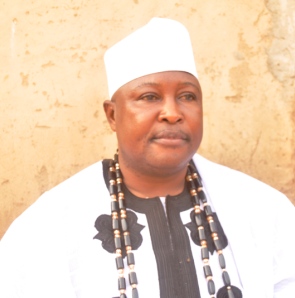 Speaking further, Oba Ojugbele said that the whole of the area was a farmland 50 years ago.

Also speaking, High Chief (Alhaji) Sulaimon Aina Aladi, Baale of Ijagunna land in Lagos said that he was very happy because they had never had a Baale in the area before.

“When I heard that a Baale would be installed in the area for the first time, I was so excited. I was even happier when it was announced that my childhood friend was chosen for the office. We had been friends for many years, we went to the same primary and secondary schools in Ota, Ogun State.

“This is Orita Asalu, the other side is Aina Aladi, around Osi roundabout. I’m very excited to witness today’s occasion,” he said.

Aladi added that any place without a Baale or Oba might not taste development, saying that it is the Baale or Oba who would consult regularly with the local government chairman on the needs or wants of the community.

“We have three arms of government, that is, the executive, legislature and the judiciary.

“The one that is close to the community is the local government chairman, who would consult with the Baale to discuss what the community want, where, when, and the place it is needed.

“Therefore, having a Baale means you are the next to the community. The community tells you what they want. 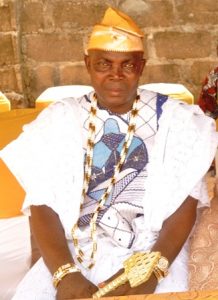 “So, when a Baale attends meeting with the local government chairman, many issues affecting the community would be discussed and a lasting solution would be provided,” he said.

The newly installed Baale could not hide his joy at the event and he gave thanks to God Almighty, when he spoke with our correspondent.

“I give thanks to the Almighty God for making today a reality. Today is a memorable and unforgettable day in my life because I am the first Baale in Orita Asalu.

“That is why I am so excited. I salute our forefathers, who were the first to to live on the land.

“Anytime the names of people who have occupied this position is mentioned, my name and that of my family members will be mentioned as the first Baale in Orita Asalu land.

“I, High Chief Fatai Babatunde Agbebiyi Asalu (Ariwajoye 1) want to use this opportunity to I thank everyone, who supported me when I called on them,” he said.

Investigations conducted by our correspondent revealed that the parents of the Baale were from royal families.

The new Baale then thanked His Royal Highness, Oba Samuel Ojugbele, the Onilogbo of Ilogbo land who was present at the occassion, and he extended this to other obas and baales at the event. 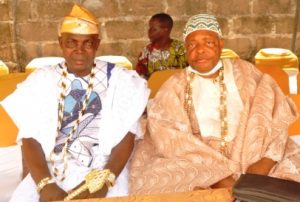 “I am so glad and I consider it a success because we had been making efforts to install Baale in this area for many years now,” he said.

The new Baale equally extended his gratitude to the communities that make up Asalu including Oyeyemi and Ifesowapo CDAs.

“I want to seek their cooperation so that we can enjoy greater development in our communities,” he said.

Speaking further, the newly installed Baale said, “it’s my belief that within two or three years of my installation, I will be crowned as an Oba. may God answer my prayer.”

He then urged the youths to be patients, saying that if they are not patients, they would do anything to have money.

He advised them to desist from going into money rituals. 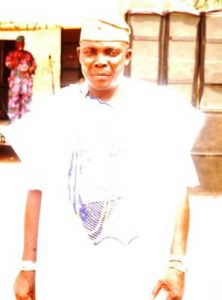 On his intenton for the youths, widows, and orphans in the area, he said that with the little resources available to him, he would put smiles on the faces of youths, visit orphanage homes regulaly and extend a hand of generosity to widows.