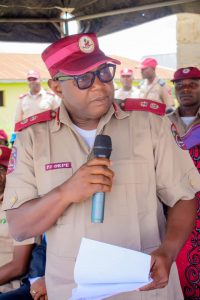 Oba Kayode Adenekan Afolabi the Alapomu of Apomu has officially commissioned the new Federal Road Safety Corps Outpost Command in Apomu.The event took place on May 18 in Apomu.Oba Afolabi was very excited with the ground breaking achievement in the kingdom. He said Apomu Township has felt the presence of the corps in the few weeks of their Operations as the ever busy and congested market is decogested by discouraging traders from displaying their goods on the roadside thereby causing human gridlock 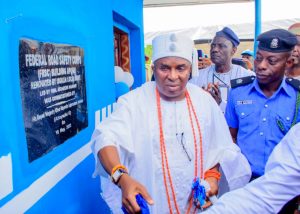 In his speech the Sector Commander PJ Okpe appreciated the Corps Marshal for his approval to create the Outpost Command. He also thanked Alapomu for his esteem relentless support ensuring fruition of the command,adding that he has taken the safety campaign to Monarchs in different towns within Osun State and Apomu is one of the chosen ones to have an outpost approved. 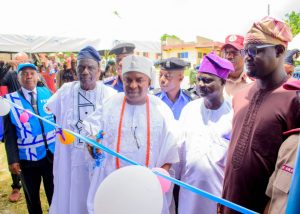 The Sector Commander promised that intensive and aggressive Public Enlighthenment activities of the Corps will be disseminated in local languages to enable the Community understand their work.He urged officers and men posted to the Outpost to Command to work closely with other Security Agencies and the citizens and shun bribery and corruption. 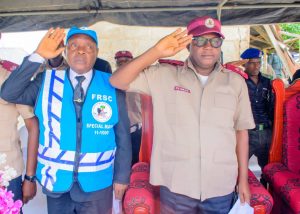 The ceremony was graced by dignitaries from all works of life. They include Majority Leader Osun state House of Assembly, Hon Moroof Olanrewaju, Commisioner for Youth and Sport Osun State, Hon,Yemi Lawal,Chairman Isokan Local Government area,Hon Akinremi Moroof among others. 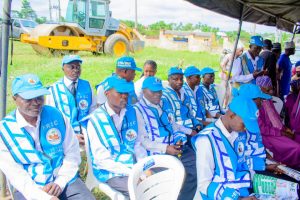