Chairman of the group, Saadu Dandare-Gulman explained that the gesture is a move to consolidate their unflinching to support for Tinubu in his quest to become the president of Nigeria 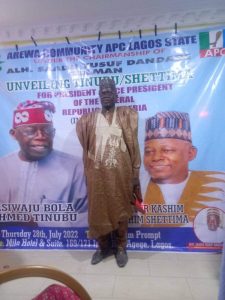 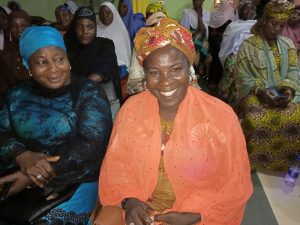 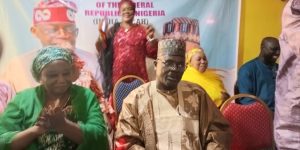 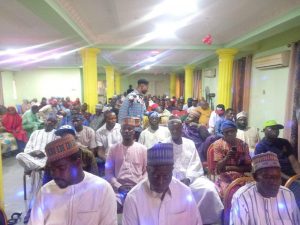 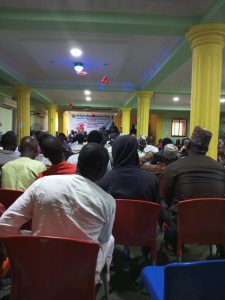 The Arewa Community in Lagos under the leadership of Alhaji Saadu Yusuf Dandare Gulman kick-started their campaign for the Tinubu-Shettima presidency for 2023 today in Lagos on a dramatic note by giving out one Hajia Asisatu Adams to Tinubu as wife.

Adams from Maiduguri, Borno State was elated as she was presented to the audience as part of the programme to unveil the Tinubu-Shettima ticket for the 2023 presidential election.

The “new wife” maintained that she counted it as a huge privilege to be a “First Lady” and look forward to being presented officially to Tinubu in Lagos soon.

Chairman of the group, Saadu Dandare-Gulman explained that the gesture is a move to consolidate their unflinching to support for Tinubu in his quest to become the president of Nigeria.

He added that his group is convinced about the suitability and competence of both Tinubu and Shettima to lead the nation well at a time like this.

According to him, the experience and works of Tinubu when he was the governor of Lagos in the areas of education, housing, urban renewal and development are worth testimony of his ability to govern and lead Nigeria.

Speaking in the same vein, Hajia Fatima Bako, the Women Leader of the Arewa Community in Lagos maintained that the Tinubu-Shettima ticket is the real deal for the people of Nigeria to consolidate the growth and development of the nation.

She urged Nigerians and especially women to register and collect their PVC and be prepared to vote in the coming election, while Saadu urged all voters to vote “APC from top to bottom” in the 2023 election.

As part of event, the group also sensitised and enlightened the people on the process of registering for the PVC and urged them to make use of the remaining two day window given by INEC before the deadline for registration will elapse.