The Comptroller General of Immigration Isah Jere Idris has announced the promotion of the Service Public Relations Officer, Amos Okpu, to the rank of Deputy Comptroller of Immigration, and 4525 other Personnel of the Service who participated in the 2021 Promotion, Upgrading and Advancement exercise. The promotion is contained in a letter from the Civil Defence, Correctional, Fire and Immigration Services Board vide CDCFIB/S.33/VOLIII/54 and dated 18th August, 2022.

According to a statement obtained by the National Association of Online Security News Publishers (NAOSNP), The Comptroller General made the announcement on Friday, at the Service Headquarters while decorating some of his Personal Aides who were among the Personnel promoted. 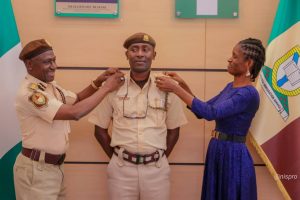 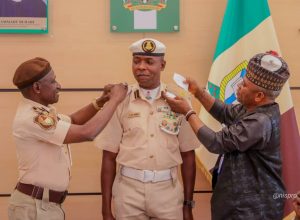 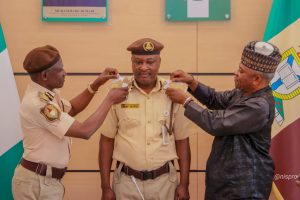 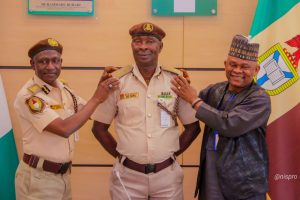 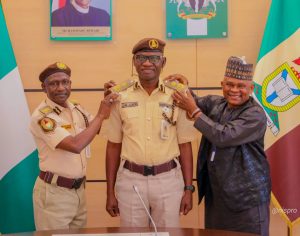 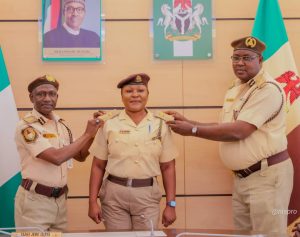 Speaking at the decoration ceremony of his personal aides, the Comptroller General commended the Minister of Interior Ogbeni Rauf Aregbesola who also doubles as the chairman of the Board for his huge commitment to staff motivation. He charged the newly promoted Officers to justify their elevations through enhanced dedication and uncommon loyalty to authorities. He assured government that the Service under his watch shall continue to make useful contributions to the peace and progress of the country.

Other Officers decorated with their new ranks are the outgoing Protocol Officer to the Comptroller General MY Dutse and his successor MA Ajimobi who are now Deputy Comptrollers. Others include Mercy Gadzama, Facility Manager of the NIS Technology Building, now a Chief Superintendent, Security Detail to the CGI AO Olukoya, also promoted to the rank of Chief Superintendent as well as Tanko Godiya and Nguar Loice Titus of the Rapid Response Squad (RRS) both now Assistant Superintendents of Immigration (II).