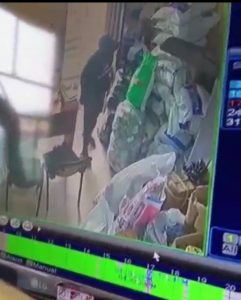 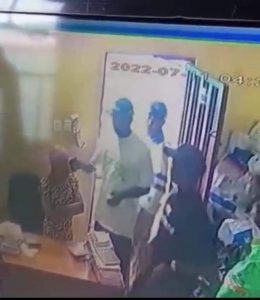 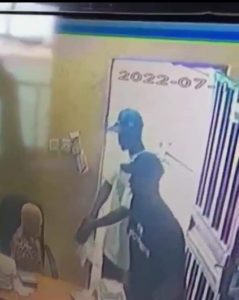 Daredevil armed robbers terrorizing residents and business owners in the Apapa axis of Lagos state have fallen to the superior firepower of operatives of Area B Apapa, Lagos State Police Command, in a hot gun duel while trying to escape arrest.

In a press statement e-signed and released to the National Association of Online Security News Publishers, NAOSNP by the State Command’s Spokesperson, SP Benjamin Hundeyin stated that, “Daredevil robbers engaged operatives of Area B Apapa of the Lagos State Police Command in a gun duel in a bid to escape arrest. The robbers, however, fell to the superior firepower of the police operatives.”

According to the statement, “The robbers, Sodiq ’m’ aka Foreigner, recently released from prison and Habeeb ‘m’ aka Kiki, who have both been wanted for terrorizing Ajegunle and environs were trailed to their hideout in Ajegunle, where they met their Waterloo.”

One Beretta pistol, one locally made revolver pistol with four rounds of 9mm live ammunition and one expended shell of ammunition were recovered from the robbers.

Meanwhile, the Lagos State Police Command urges youths in particular to desist from crimes, as the long arm of the law will always catch up with criminals no matter how long it takes.

Man lured out of a party, shot dead by unknown gunmen in Benin City