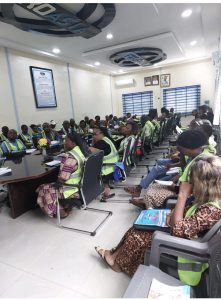 Precisely 120 people are undergoing training on plastic research and management in Anambra state under Chicason Plastic Recycling Hub Project, a project that is Co-sponsored by Chicason Group and the German Government (BMZ) via DEG Deeveoppp. 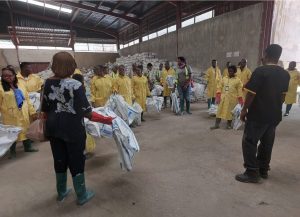 The 120 people according to the managing director, Carbon Africa, Chizoba Ngozi Adigwe were chosen from the three South East Regions, Abia, Anambra, and Enugu state.

The director who made this known during a tour of the facility with some government officials said that forty people, both men, and female chosen from the three states a total number of 120 people. “They are being trained on effective waste management which includes, plastic waste gathering, sorting, and eventual processing,” she said. 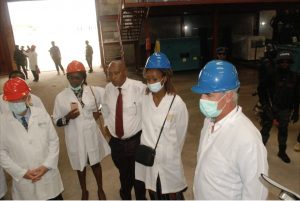 She disclosed that at the end of the training, the company will set up two hubs in the three states making a total number of six hubs where the trainees can practice plastic waste removal and sorting.

Adigwe while speaking on the purpose of the training said: “We find out that here in Africa we don’t have that training in our educational school system, that a lot of people are ignorant to the basic environment and climate change so we try to introduce it to our trainees here and at the same time build them a safe environment where they can work and recycle the waste plastics into a lovely product. 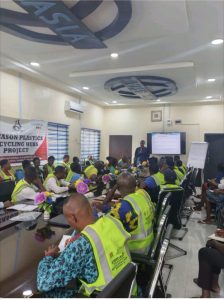 “We build them a hub which we will equip with machines. We expect them to implement what they have learned with us once they reach their hubs. Eventually, this hub will be for training apprentices because we operate in a train-to-train system so the people in training now will become trainers who will train apprentices in all regions and will also set up their hub in their villages and communities. In that way, our idea will grow exponentially, and the community will be filled with people who have come through our training system.
” And our idea is to train 200 two hundred apprentices annually,” Adigwe stated.

Speaking at the tour, Recycling Plant Manager, Akinyemi Oluwafemi, who is handling the practical aspect of the training said that the project is about adding to what the people call waste.

Sighting an example, he said: “when you drink water and throw it as waste. We pick it up, add value to it and turn it into money. It is recycled into another product that generates money.”

Also, the Commissioner for the environment of Anambra state, represented by the head of Anambra State Waste Management Authority ( ASWAMA), Mike Ozoemena while commending the project, assured them of the government’s support.

”my being here is to underscore the presence of Governor Chukwuma Soludo. You can recall that immediately after he was sworn in he went to Okoko the next day on the same climate issue. So he understands it and we understand it too. We feel glad and we want to be part of it. We want to give every assistance we can give and clean our cities then make money from it.”

On what the company wants from the trainees, Head of Sales, Chicason Plastic Recycling Hub Project, Chijioke Udeze said: “After they have gone through the training it is required that when they go out they should be able to know the type of plastics the company wants, the way and the quality that will be easier to work in our machine.” 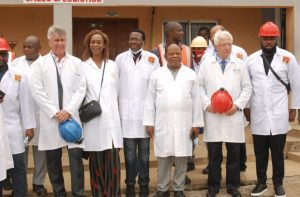 A participant, Ebenezer Uzoma while commending the organizers said: ”The training is impacting because before this time I have always wanted a place I can involve in full-time waste management, especially in the area of plastic solution control.”

Chicason Recycling Hub Project is a company that encourages grassroots involvement in the removal of littered plastics from communities in the region.

The project is co-sponsored by the German government via DEG Develop to train men and women on proper waste management, sorting disposal, environmental protection, and climate change.

The training is tagged “Chicason plastic recycling hubs project” and is born out of the need to tackle environmental problems caused by the inappropriate disposal of plastic in the country it is scheduled to last for three years with continuous training throughout this time.

After completing their training, students will start their plastic waste management projects, which will improve the environment while also providing a means of making money.

In Anambra where the company is built, the governor, Chukwuma Soludo-led administration is committed to tackling inappropriate waste management. He believes that plastic waste management will not only purge our environment of waste but will serve as wealth.