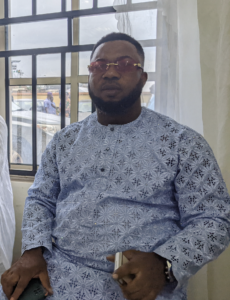 The desire of every parent on earth is to see their children make them proud, make great impact, succeed and attain greater heights than them.

In desiring the above, parents puts in their best in their children to teach them morals, and invest in their education.

But, even as that, the child has a role to play too. He or she needs to put in efforts to work towards achieving success. Because success does not come on a platter of gold.

Success they say has too many friends and being successful is the desire of all. It does not matter whether the concerned person is a child, youth or the old aged, at each and every stage of our wide life span, it is our inbuilt desire to be successful and proceed forward consistently towards more massive success.

The son of a business tycoon, CEO, BAKINS ROYAL LOGISTICS LTD, Akin’s Wahab is one of those few who’s desire for being successful has and is coming through.

Akin’s Wahab, who is the second son of a philanthropist Chief Azeez Babatunde Akin’s just made his parents proud.

Unlike other children that brings shame to their parents, Akin’s Wahab separates himself from activities that can dent his reputation or bring his parents to the mould.

He could as well involve himself wrong way of life as the son of the rich, but, no he did not instead, he is busy pursing success to make his parents proud.

His success can be attributed to his intensive studies, hard work, respect to his parents. A close friend disclosed that Wahab is the kind that seeks knowledge. “He is always eager to learn and make improvements.”

His success story has attracted many friends to him ans his family as many children and parents desires to have a child and a friend like him.

He is loved by many. Cheerful and very respectful. And he is adorned by his parents, and his siblings.

With this very great attainment, his parents can boldly say they have a son that they can be proud of. 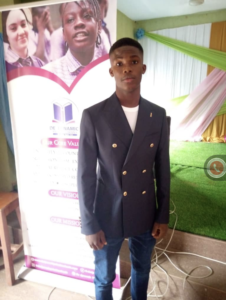 The philanthropist Chief Azeez Babatunde Akin’s  feels so honored to have such a responsible son with high level of morals and successful story. He is happy that in his life’s time time is seeing his son, Akin’s Wahab attain great success in life.